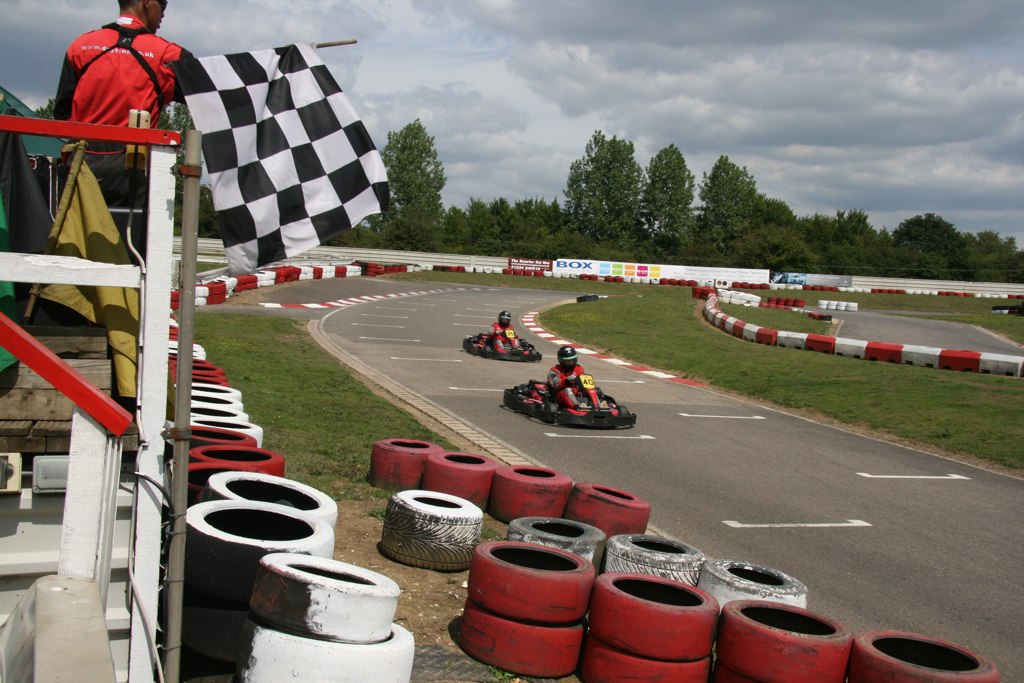 Friday July 1st, Daytona Milton Keynes – a group of 32 or so people turn up for a day of karting, barbeque, networking and general banter. This was the first in what will, hopefully, be a long line of karting events organised by @alunr / @fiftydigital. After only finding out about things on Wednesday and promptly winning a Twitter competition for a free ticket, things couldn’t get much better… especially since it was taking place about 20 minutes from my house and gave me an excuse for a day off.

Firstly, a big thanks need to go out to everyone involved in organising and sponsoring the event – judging from conversations on the day and the Twitter reaction afterwards everyone had a really good day out and, if they’re like me, took the opportunity to meet and talk to some fantastic people. A personal mention has to go to the Majestic SEO guys, Garry Aylott and Richard Wiggins who all made my day far more enjoyable.

Now the important part – races and results. I’ve managed to get hold of the full timings which can be downloaded here in .xls format. One important thing to note – they don’t include starting positions, only where each racer was at the end of the first lap so gains and losses aren’t completely accurate. A summary, based on the stats and my (biased) memory, is below:

After breaking my first kart of the day in qualifying (right engine kept stalling) I started way down, somewhere around 28th, so had to battle my way through the pack. Lap 1 was pretty much yellow flags all the way around but things settled down fairly quickly and over the 8 minutes I somehow ended up 4th…

This one was cut a little short due to a massive smash up by Jamie Knight (he ended up buried under the tyre wall at turn 2). Talking to him afterwards he “panicked and pressed the accelerator instead of the brake”… which really isn’t a good thing to do at one of the fastest parts of the circuit. Fortunately there were no injuries (other than a few strained stomach muscles from laughing with (at) him so much).

To be honest, this one was pretty uneventful from what I can remember, although looking at the stats there was plenty of overtaking going on down the field as some of the quicker guys started low down the grid. Even though the heats were only 8 mins. long there was a lot of waiting around in between races (still sat in the kart) so everyone was probably getting into the swing of things by now.

Sadly, Alun Rowe had to sit this one out because (as far as I know) of something work related, so I started in pole with Richard Wiggins and Gareth Thompson behind me. Things were going swimmingly as I managed to bunch everyone up and then fly over the start line… then the chain on my right engine snapped at the bottom of the circuit putting me out of the race for 4 mins. This left Richard and Gareth to fight it out, with the former coming in 1st by less than a second. Dixon Jones fought his way up from 6th to 3rd (with a great overtake on the last lap) to grab the final podium slot.

The full timings can be downloaded here in .xls format. 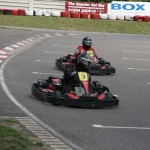 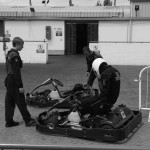 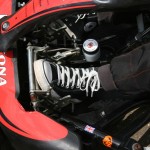 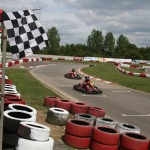 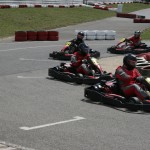 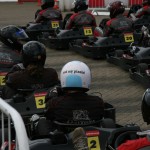 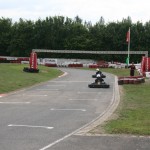 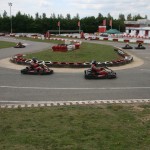 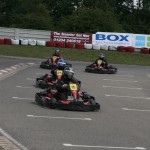 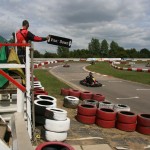