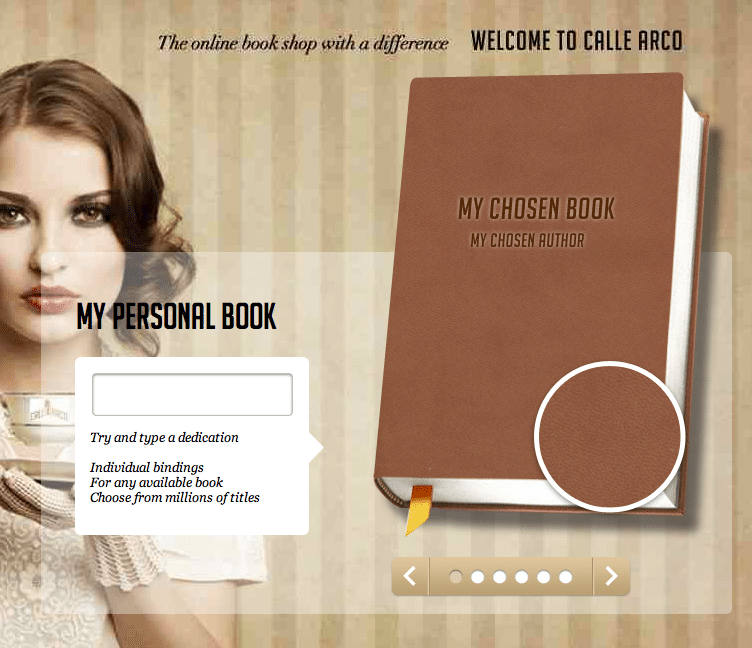 As we all know, times are tough and everyone’s watching their wallet more so than they ordinarily would. I had a really interesting chat with Steve from Dog Friendly a couple of weeks ago at Crufts, and he’d noticed that a magazine offer that was just one single Great British Pound was no longer enough for people to just buy on the off chance that it was half decent. People would walk past their stand, stop, flick through a few pages, and then only part with the golden nugget if they liked what they’d seen. In the past this just wasn’t the case – after all, an pound is only a pound!

We’ve hit the point where you need one of two things – ultimate value or an amazing product. Doing what everyone else does and hoping that people like your product, in my opinion, isn’t a viable business model. A perfect example (although I’m a little bias) is Calle Arco. We’ve been working with Thomas and his team since the middle of last year on what has been one of the most challenging projects I’ve ever had the pleasure of being involved with. It’s infinitely complex due to the sheer number of books (upwards of 10 million) and systems that we need to work with, which also has huge SEO implications that we’re just starting to break the back of.

The site itself allows you to buy a personalised book, customised to whatever spec you want. The whole Harry Potter series in pink leather with a personal dedication on the inside? No problem. A diamond encrusted version of Winnie the Pooh? Not so easy, but through their bespoke service it can still be done. There’s also the option to buy a standard book, or even to get one that’s out of print sourced and bound just for you.

Having a great product is one thing, but getting in front of the correct audience is another. Standing out isn’t just about selling – it’s about offering something more. If you’re a dog trainer, start a blog that will help people train their canine companion at home. If you’re a content writer, try offering tips to those who want to do learn to write better. Go out, guest blog, get involved with your industry on Twitter and become a leader – not just someone who sits there and does the same as everyone else.